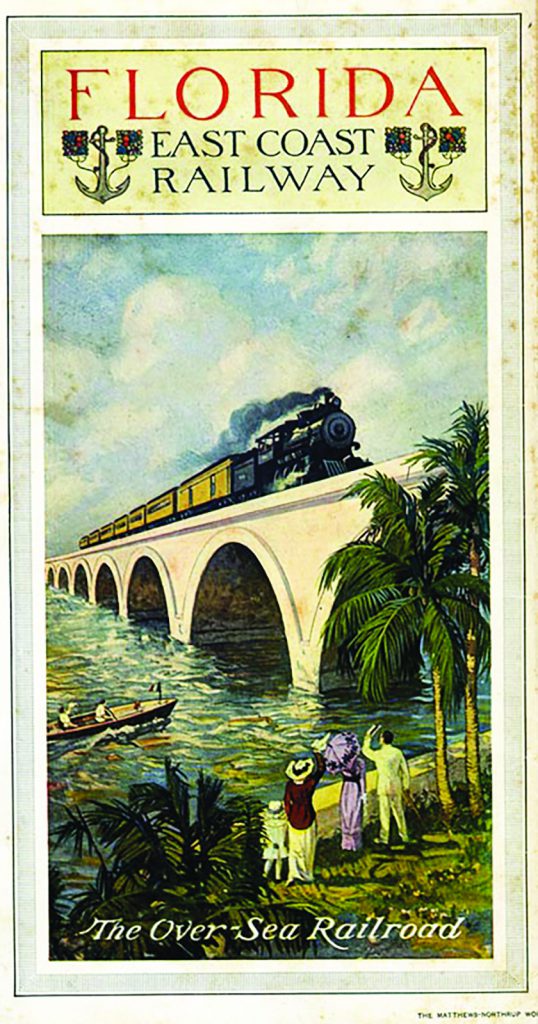 The Over Seas Railroad

The Florida Keys Oversea Railway was the most ambitious engineering and construction project in the U.S. during the first decade of the 1900s. It’s also one of the largest construction projects in history funded by one person, Henry Flagler. His money came from his partnership with John D. Rockefeller in starting Standard Oil, which became one of the world’s largest conglomerates making Rockefeller and Flagler two of the world’s wealthiest individuals. By the time the Oversea Railway started Henry Flagler had already resurrected the old Spanish town of St. Augustine with new hotels and railroad access. He’d run his Florida East Coast Railway from there all the way to Miami, starting towns like Palm Beach along the way.

The Keys Railroad started from Homestead in 1905 and reached Key West in 1912. Flagler’s team of engineers, construction crews and an armada of steamships and work boats connected a 100 mile chain of islands through shallow waters and mangrove swamps, with bridges and viaducts over large stretches of deep water. The first part of the project ran to Knight’s Key, just west of Marathon, a town started as a work camp for the railroad. That was the end of the line from 1908 until tracks and bridges were completed to Key West in 1912. Flagler rode into Key West in his private coach car to open the railroad. He died the following year in Palm Beach where his estate Whitehall is located. Today Whitehall is the lovely Henry Morrison Flagler Museum on the intracoastal waterway, with his coach car sitting proud in a building where you can still walk through it. 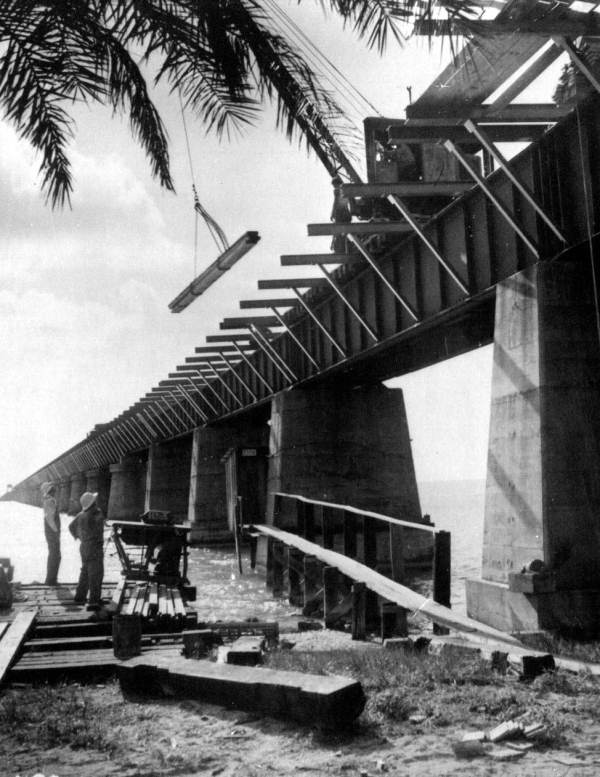 The railroad came to an end during the Great Labor Day Hurricane of 1935 when long sections of track were destroyed and more than 400 people killed, many working on the new highway system and not on the railroad. While the railroad died that day, the Overseas Highway soon replaced it using many of the old railroad bridges, connecting to Key West in 1938. As an Ocean Engineer with an appreciation for the work involved, I think without Flagler’s efforts, you would not be able to drive to travel to Key West today. Flagler paved the way where few would have dared.

To learn more about the history of the Florida Keys check out our latest book The Florida Keys: A History Through Maps. Island Map Publishing also offers decorative and custom maps, call today to learn more 239-963-3497!