History of Plantation Key and Islamorada 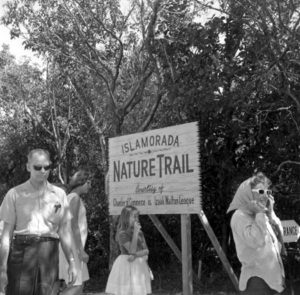 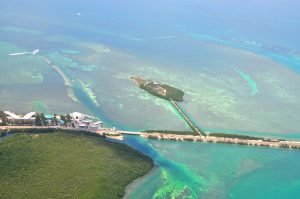 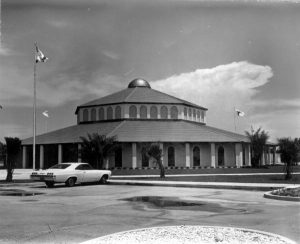 I’ve been visiting the Keys for over 40 years, fishing, diving and more recently writing The Florida Keys A History Through Maps with co-author Brian Schmitt. I usually fly my plane from Naples to airports in Marathon or Key West but occasionally I drive. The crystal clear sea reminds me of the Bahamas with a beautiful array of water colors depending on the depth and type of bottom (sand, grass, rock or coral). Driving the Keys Overseas Highway to Key West is something everyone in America should experience, once you do it you’ll agree.

The sea view starts when you leave Key Largo and start crossing the many bridges that ultimately take you to Key West. The first island past Key Largo is Plantation Key then Windley Key and Upper and Lower Matecumbe. All of these Keys are incorporated into the village of Islands, “Islamorada”. Islamorada or “Island Home” was named by William Krome, one of the Key’s railroad engineers and namesake of Krome Avenue west of Miami.

Plantation Key had a large Indian mound that was leveled for construction in 1958. Research by state archaeologists date artifacts from the mound to 1,500 years before present times, 1,000 years before the Spanish first explored the Keys where they would have encountered the Tequesta and Calusa Indian tribes. By the mid-1700s the Indians were gone from the Keys, victims of wars, disease and eventual relocation to Cuba.

The Keys Oversea railroad came through the area in the early 1900s and the track was completed to Marathon in 1908. During construction, low areas of Plantation Key were connected with fill to form rail bed and several small islands (the Umbrella Keys) were joined to form Windley Key. Henry Flagler’s effort to join islands was often a more efficient means of constructing the railroad than building bridges.

The railroad connection made it to Key West in 1912 but was destroyed by the hurricane of 1935, devastating Upper and Lower Matecumbe Keys and killing more than 400 people. A memorial can be seen today in Islamorada to honor those who lost their lives. The monument is made of “Keystone”, a decorative rock once mined in the Keys which is actually fossilized coral once used to decorate buildings across America.

Hurricane Donna damaged the area in 1960 but rebuilding led to modern developments like the Cheeca Lodge (named after the owners Cynthia, known as ‘Chee’ and Carl, the ‘ca,’ Cheeca). Prior to that Bud and Mary’s marina opened in the 1940s as a bait and boat rental business. Sid and Roxy’s Green Turtle Inn opened in 1947 and the Islander Inn in 1951. Stark’s Fish Camp became the Whale Harbor Inn by the Whale Harbor Channel Bridge and Holiday Isles (now Postcard Inn) and the infamous Tiki Bar was on the other side of bridge.

There is much to see in the area and more history can be learned at the Florida Keys History & Discovery Center in Islamorada.

To read more about the history of Plantation Key to Islamorada, check out The Florida Keys A History Through Maps. For maps and more information visit our website or call Island Map Store at 239- 963-3497.

Categories: Book Blog
Florida Keys History Book islamorada Keys history plantation key
Prev postNext post
Conception Island National Park is a wonderful place I’ve enjoyed on numerous trips. The island is deserted and
Read More
Whenever Mayaguana comes to mind I remember approaching it’s western shore a few years back. Since the island
Read More
Cat Island is perhaps my favorite place in The Bahamas. The island is remote and sparsely populated yet
Read More
I first went to San Salvador in 1977 as a young pilot with no idea how remote it
Read More
I’ve been going to Nassau for as long as I’ve been a pilot, well over 40 years. My
Read More
Most people today know Paradise Island because of Atlantis, a large resort distinguished by a world class aquarium
Read More
When I was working on Rum Cay as a young Ocean Engineer and pilot in the early 1980s
Read More
I love Crooked and Acklins, they’re two of my favorite islands in the Bahamas, primarily because they’re remote
Read More
I’ve been frequenting the Berry Islands since the 1980s as I worked on projects from Chub Cay and
Read More
Andros is the largest island in the Bahamas and is divided into three parts: North Andros, Mangrove Cay
Read More