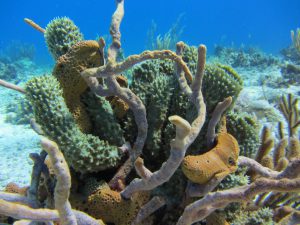 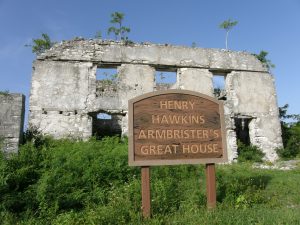 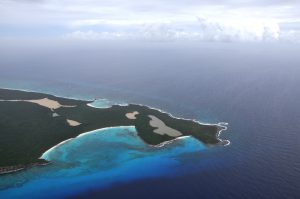 Cat Island is perhaps my favorite place in The Bahamas. The island is remote and sparsely populated yet there’s a half dozen little resorts to meet guests from all over the world and 100 miles of untouched beach to explore. The people who live on Cat have always been relaxed, peaceful and accommodating. The island is roughly 50 miles long from the northern tip at Shanas Cove Resort to the southwest point at Hawks Nest, with the only marina on the island. I love driving from one end to the other stopping for meals, walking the beach and visiting landmarks like the historical “Hermitage” on Mt Alvernia, the highest point in the Bahamas (200’+). In the early 1980s I met a young guy building rooms at Fernandez Bay Village, a place I still send people to experience the romantic charm of the out islands. He was the property owner, Tony Armbrister. Tony’s forefathers were British Loyalists who came to Cat Island after England lost the Revolutionary War. The Loyalists had stayed true to King George and were rewarded with large land grants in the Bahamas where they tried to recreate the plantation lifestyle they knew in America. Unfortunately the rocky soils in the Bahamas didn’t cooperate and most of them gave up, leaving their land and former slaves behind who were freed by British emancipation in 1834.

The Bahamas was first discovered by Christopher Columbus upon his 1492 landing in the new world. The generally accepted landing site is San Salvador to the east, but don’t try to convince anyone on Cat Island of that!  For over a century Cat was considered the proper spot and was labeled on maps as “San Salvador” or “Guanahani”, the native Lucayan Indian word for San Salvador. I own a number of antique maps that show those names where Cat island is located, it’s interesting how the site moved around randomly and there’s even a Columbus Point on the southeast corner of Cat. The controversy ended in 1923 when the British Admiralty assigned today’s San Salvador as the official landing site.

Cat Island was likely named after pirate Arthur Chatt, though some believe it was because it was home to lots of feral cats. Like all the larger Bahamian Islands, Cat Island was populated by Lucayan Indians until the Spanish arrived and took them into captivity as slaves. The Spanish may have made an attempt to colonize Cat in the 1600s with a settlement on the southern end of the island. During the early 1700s Spanish ships were constantly attacked by pirates who were based in Nassau. The Spanish would in turn attack Nassau. Since Cat Island was far removed from Havana, Spain’s main base, and closer to the pirate’s base in Nassau, it’s logical  Spanish defense of a small colony on Cay became untenable and they gave it up.

The pineapple industry was once important on Cat Island and it’s a prominent feature on the island’s coat of arms (see right). The “pines” would be shipped to New York or London along with fruit from other islands in the Bahamas. The plants used to start the Hawaiian pineapple industry reportedly came from Cat. There is no longer any commercial cultivation on the island but you can still see the remains of people who once tried and for a while succeeded with cotton or other crops. Two hundred year old plantation ruins dot the island, hidden in the bush where they’ve been largely forgotten.    Academy-award winning actor Sir Sidney Poitier grew up in Arthur’s Town in the north of the island. He starred in acclaimed movies like Guess Who’s Coming To Dinner with Katharine Hepburn and Spencer Tracy in 1965. The movie was on the forefront of racial acceptance in America where Sidney had emigrated from Cat Island as a young man.   There are endless beaches on either side of the island with large coral reefs off the east coast facing the open Atlantic. Cat Island is indeed a wonderful place to visit if you appreciate quiet, unspoiled places and friendly people.    To learn more about Bahamian history visit our site here and check out The Bahamas: A History Through Maps! Call today to learn more about our other books and custom, decorative maps.
Read More
Categories: Book Blog
Back to Top