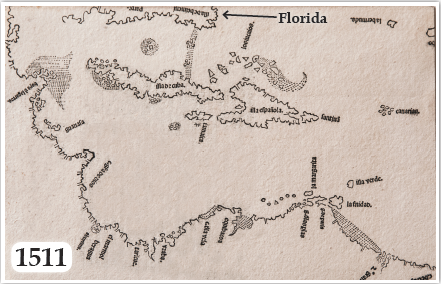 Who discovered Florida? That's the question we ask at the beginning of our new book on the Florida Keys. Who indeed? History tells us the story of Ponce de Leon, the search for the Fountain of Youth and his 1513 discovery of Florida. It's been an accepted story for generations. Really? Not so fast! I collect antique maps as does my The Florida Keys: A History Through Maps co-author Brian Schmitt. We came to realize that Spanish explorer de Leon couldn't have discovered Florida since there were several maps that pre-dated 1513, they clearly show the Florida peninsula. When I asked a renowned map dealer why the world's experts hadn't tried to correct history, he said "good question, why don't you do it". 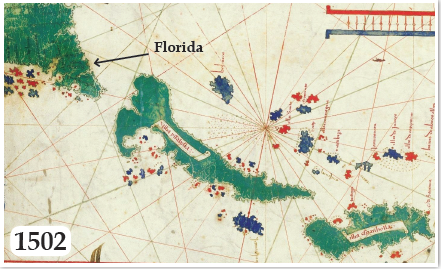 I'm not a map expert, just a collector who knows enough to be dangerous, but all of a sudden the burden of changing history was upon me. At the time Brian and I were using maps to write our history of the Florida Keys, why not simply use the maps that prove Ponce wasn't first. In recent years an ever increasing number of antique maps have been digitized and displayed on line which made it easy to show a couple dated prior to 1513. A one-of-a-kind 1502 map in Italy clearly shows the Florida peninsula northwest of Cuba with a scattering of islands that could easily be the Florida Keys. Brian has a rare 1511 map that shows Florida north of Cuba and since that map is Spanish, Ponce likely knew about Florida before he got there. The 1511 map not only shows Florida and Cuba but also the coasts of south and central America marked with geographical names. The new world was already being accurately mapped by the Spanish, how could they have missed north America! The world's most expensive map also proves the point. The 1507 Waldseemuller map was bought by the U.S. Library of Congress from a German man for $10 million in 2001. It's recognized as the first map to have the word "America" on it. It too shows the Florida peninsula northwest of the islands of Cuba and Hispaniola. That makes at least 3 maps showing Florida before Ponce arrived; 1502, 1511 and 1507. 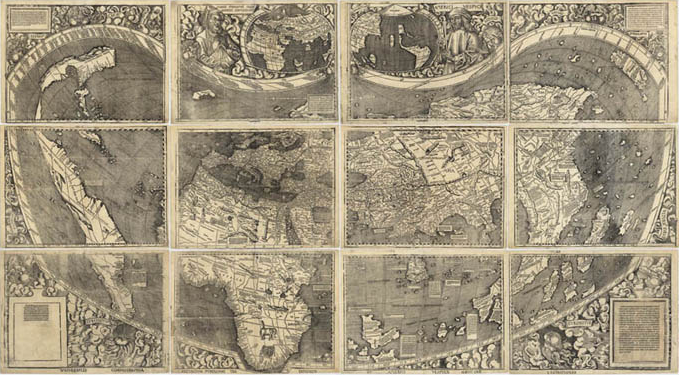 World's most expensive map, located in the U.S. Library of Congress. 1507.

By 1513 a number of nationalities were exploring the area including Italians, Portuguese and the Dutch. With other nations sniffing around maybe Spain announced an official discovery date by Ponce de Leon for the purpose of claiming it as a possession. Ponce returned to settle Florida in 1521 which would have given him personal claims to any riches found, but he was killed by Native Americans. While he may not have discovered Florida, his name will remain on streets, schools and monuments for years to come. If you're interested in learning more about the history of Florida and the Caribbean check out our three history books and a variety of custom maps! For questions regarding custom orders or to simply learn more, call 239-963-3497.
Read More
Categories: Book Blog
Back to Top