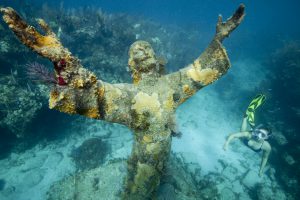 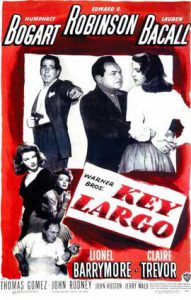 I’m going back to the Keys soon where I love to fish and visit the many waterfront resorts and restaurants where local seafood is served. The water is clear and clean, snorkeling on the coral reef is excellent! There’s also a lot of history which is detailed in our book The Florida Keys, A History Through Maps which was featured in the Miami Herald and on the cover of Florida Weekly, Naples Illustrated and Spotlight magazine. Here’s a few historical highlights for Key Largo. As with all the Keys, the native Calusa and Tequesta Indian tribes controlled the territory in Key Largo which made life difficult for early explorers. Spanish sailors and those of other countries would have been the first to land in the area in search of gold, silver, slaves and other things of value.  Unfortunately for them and any shipwreck survivors, they themselves were often slaughtered or enslaved and then traded back to Spain, if they were lucky!  The last of the Calusa left the Keys for Cuba around 1763 as England took over Florida. They’d formed alliances with the Spanish and spoke their language but still struggled. Arrival of the British was the last straw and they were re-settled outside of Havana where thier bloodline was continued, as recorded in Spanish church records. Early settlement of Key Largo was slow and anyone there prior to 1840, when the Seminole Indians were attacking, likely left. An 1850 census of the Keys noted only one family on Key Largo. Pineapple farming became profitable later in the 1800s and more settlers came but the transport of goods still depended on sailing boats to Key West and growth was erratic. Construction of the Florida East Coast Railway came to Key Largo around 1905 through thick tropical hammocks, rock outcropping, swamps and small waterways. Key Largo had some of the highest ground in the entire Keys chain and when Flagler’s engineers arrived they started quarries to provide rock and fill for the rail bed. The forest here was different from anything they’d encountered in other parts of Florida; tropical hardwood hammock trees like gumbo limbo, poisonwood and manchineel (also poisonous) were common. Rattlesnakes, coral snakes, crocodiles, alligators, clouds of mosquitoes, hurricanes and other surprises challenged the railroad men until the track to Key West was completed in 1912. The same road bed as the railway survives today under many areas of the Overseas Highway. The Highway arrived from Miami in the 1920s but wasn’t completed to Key West until 1938. The road brought more tourists and prosperity to the Keys, and also land speculators and developers. Popular demand for waterfront housing and boating access drove the construction of communities by dredging the mangroves and shallow sea bottoms. The rock and sand dredged up was used to create dry land and the Keys waterfront you see today. These practices are no longer allowed today which makes waterfront property a precious commodity. There is much to see in Key Largo both onshore and offshore where Pennekamp Coral Reef Start Park is a national treasure, the only living reef of it’s kind in America. If you’ve never seen the wonders of a coral reef, this is good place to start even if you’ve never snorkeled before! To learn more about history of Key Largo and other islands in the Florida Keys, check out The Florida Keys a History Through Maps. The book can be purchased online on this website. For all questions, please call us at 239-963-3497 or visit our website.
Read More
Categories: Book Blog 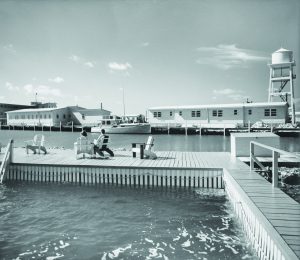 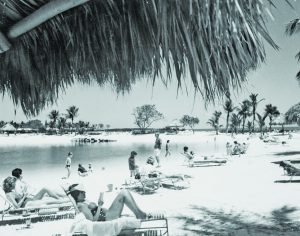 Key Largo has recently reopened after being shut down to the public for nearly two months. Many people will flocking here since this is one of the best times to visit the Keys - in early summer when the air is warm but the water still somewhat cool from winter! It is also a good time to visit since things are still quiet, just be sure to have reservations since resorts are easing back into business. Here’s a little history on the northern part of Key Largo if you go, or even if you don't! Stay tuned for a future blog on the southern end of Key Largo. The Spanish name for Key Largo was Cayo Largo, or Long Cay which is fitting since Key Largo is about thirty-three miles long. While southern Key Largo is known for the spectacular reef in John Pennekamp Coral Reef State Park, the north portion of the island is known for its extensive preserves and the famous fishing and golf resort, the Ocean Reef Club. Key Largo was sparsely populated in 1905 when Henry Flagler’s railroad from Miami came into the area. The railroad turned south and left the north side of Key Largo isolated but early settlers could still access the train at Key Largo station. From there they were able to move into the wilderness of northern Key Largo, a place that remained untamed with few exceptions as Flagler’s railroad opened up the rest of the Keys to development. Due to the isolation, a series of environmental laws resulted in various parks being created. These included John Pennekamp Coral Reef State Park established in 1963, Key Largo Hammock State Park which contains one of the largest tracts of West Indian tropical hardwood hammock in the U.S. and Crocodile Lake National Wildlife Refuge with more than 6,000 acres along the eastern shores of Card and Barnes Sounds. Wealthy residents of the Ocean Reef Club contributed to preserving even more natural land in the area that had been slated for large developments. The Ocean Reef Club is certainly the dominant feature of North Key Largo outside of the wilderness preserves. The Club has evolved into one of the premier yacht-club communities in the world. During the Miami land boom of the roaring ’20s, sport fishing became popular in the Upper Keys, and the Dispatch Creek Fishing Camp was established where Ocean Reef is today. In 1945 Morris Baker, a Minneapolis developer, bought the fish camp and built guest rooms. He dredged the original channel and cut canals using the fill to create dry lots. He created Buccaneer Island, a tidal swimming lagoon screened from the sea to keep out sharks and a 2,000-foot airstrip aligned in anticipation of a road once envisioned for access from Key Biscayne to Key Largo. He also built a nine-hole golf course, which required a rock crusher to create a usable base from the rugged Keys soil. By the late 1950s lot values ranged from $4,750 to $17,500. Today’s homes range in the millions of dollars. Whether you’re going to the Ocean Reef Club or to visit one of the remote parks in area, the northern part of Key Largo is a unique part of the Keys. To learn more about history of North Key Largo and other islands in the Keys, check out The Florida Keys A History Through Maps. The book and custom maps of the Keys can be purchased online at this website. Please call Island Map Store with any questions at 239-963-3497.
Read More
Categories: Book Blog
Back to Top