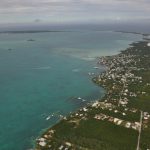 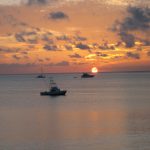 Sunset in the Bahamas 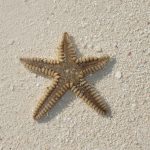 Starfish in the Bahamas sand

Harbour Island is known as Briland by the residents who treasure the island as a place of peace and tranquility. The island is three miles long with a protected harbour to the west and a famous pink sand beach on its eastern side. The pink color comes from a calcareous foraminifera, a marine organism with a red shell which mixes with the white sand to form a pink hue after it dies.

Harbour Island occupies a strategic position in The Bahamas between the islands of Eleuthera and Abaco. This puts it at the eastern entrance of the New Providence Channel, a prominent shipping route from Europe to the Americas. This channel first attracted the ships of Spain on a course plotted north of Harbour Island, making it a convenient first stop in the New World.

Lucayan Indians were the first human inhabitants, initially canoeing up from South America a thousand years before the Spanish landed on San Salvador in 1492. Harbour Island was north of Columbus’ route, but it didn’t take long for Spanish slavers to decimate the population. Afterwards since there were no more slaves to capture and no gold, silver or gems to gather from the limestone of The Bahamas, the Spaniards lost interest and the island remained largely uninhabited for over 100 years.

“The Great Harbour of Harbour Island” lies to the west of the island, between it and Eleuthera. It was this harbour, with its easily defended approaches, that made it an ideal place to settle and indeed the island became inhabited early on in Bahamian history.

In 1648 religious refugees from Bermuda landed then subsequently shipwrecked not far away on mainland Eleuthera. While they established small settlements there, it wasn’t long until these early settlers found their way to Harbour Island. The early inhabitants had it rough, surviving on home farming plots for produce and fish, sea turtles and conch plus whatever the islands in the area could offer (like bird eggs). They gathered what they could to swap for household supplies with vessels that called on their small community (some 60 souls by 1700). Trade goods included woods used to make dyes and in ship building, ambergris (a secretion from whales found on the beach and valued for is scent), items salvaged from wrecks and seal oil harvested from colonies of native monk seals, who were quickly driven to extinction.

As the settlers struggled they also had to endure attacks by the Spanish, who would regularly sack Nassau and plunder Eleuthera and Harbour Island. Even French vessels would come through the area stealing goods and supplies, not to mention pirates.

By the early 1700s the residents were working farms on mainland Eleuthera, sailing to and from Harbour Island daily. In 1718 the colony had grown to 60 families and soon boat building was added to the economy. Many fine sloops and schooners were built there.  Cargos were traded with American Colonies like Carolina and islands to the south such as Jamaica and Barbados. American goods and building supplies, along with island rum were exchanged for what the island could offer.

Pirates are not just of lore, they were indeed prevalent in the late 1600s and early 1700s. They preyed on ships in the Northeast Providence Channel, using shallow harbours in the area to avoid larger vessels. While the main base for pirates was Nassau, one of their outposts was on Harbour Island. The pirates were actually welcomed for some years by the government in Nassau to help protect Harbour Island from the Spanish. The pirates provided security and lived amongst the settlers sharing plunder that helped sustain the small population. Batteries at the north and south ends of the island were at times tended by them, protecting the harbour and dissuading would-be raiders.

King George of England offered a pardon to the pirates if they ceased their debaucherous ways prior to September of 1718. Successful pirate John Cockram was married into an old Harbour Island family and took the pardon. As an excellent navigator, he created a map of the island and “The Great Harbour of Harbour Island” while Woodes Rogers was Governor.

The island played a central role in recapturing Nassau from the Spanish in 1783. Colonel Andrew Deveaux, a British Loyalist living in St. Augustine after the American Revolution, sailed to Harbour Island on his way to retake Nassau from the Spanish. Over a hundred men and 50 small fishing boats from Harbour Island, Spanish Wells and Eleuthera joined the successful expedition, taking the Nassau garrison of over 600 Spanish soldiers with less than 300 men. For their efforts, Harbour Islanders and men from Spanish Wells were awarded 6,000 acres on north Eleuthera, lands which they had cultivated for years but now took as their own. The land was granted on behalf of the Crown by Lord Dunmore, who had a summer home on Harbour Island and for which “Dunmore Town” is named. During the period, a Reverend Moss described the island as “a tight and orderly community of sixty families, living mainly a maritime life, building their own ships, and growing subsistence crops and raking salt on the nearby mainland of Eleuthera.”

Loyalists integrated into the Harbour Island population, some of whom were from Abaco which was settled in 1783. Prior to that the coast of Abaco and wrecks on the reefs there were worked by Harbour Islanders. British Emancipation occurred in 1834 setting the slaves free, but many of the Loyalists had already left The Bahamas as their plantations had failed. A new crop later arose that sustained the colony for years, the pineapple, grown on Eleuthera and shipped in large quantities from Harbour Island.

The Civil War brought blockade running into America and the fine vessels built on Harbour Island no doubt played a role as they did with rum running during American Prohibition, but by the 1930s boat building on the island was in decline and eventually disappeared entirely.

Harbour Island today has transitioned into a tourism based economy, superimposed on the beautiful second homes of wealthy Bahamians, English, Americans and those from other countries. The island gained a celebrity status going back to the Duke and Duchess of Windsor, who visited the island regularly while the Duke served as governor of The Bahamas during the Second World War. Now it’s not uncommon to see movie stars, famous athletes, billionaires and super models riding around in golf carts.  How times have changed.

To learn more about history of Harbour Island and other islands in the Bahamas, check out A History of The Bahamas Through Maps. The book and custom map of Harbour Island can be purchased online at this website. Questions? Please call us at 239-963-3497.
Read More
Categories: Book Blog
Back to Top