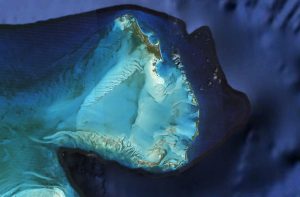 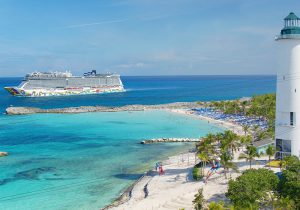 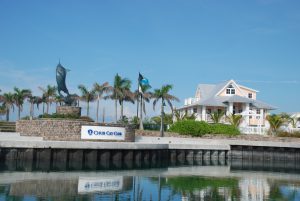 I’ve been frequenting the Berry Islands since the 1980s as I worked on projects from Chub Cay and Whale Cay in the south to Great Harbour Cay in the north with several other Berry Islands in between. In more recent years I've enjoyed the islands even more as I explore them in my old dive boat “Gone Astray”.

The Berry Islands are located on the southern edge of the northeast Providence Channel, a major shipping route from Europe to America. Along that channel a hoard of cruise ships visit the Berry’s Stirrup Cays where guests enjoy great beaches and snorkeling. I hear today they even have zip lines and swimming pigs like those in the central Exumas.

A well-known wrecker named Cameron lived on Little Stirrup in the 1700s, today the island is known as CocoCay. Wrecking was a common occupation in the Bahamas which involved salvaging cargo from ships that wrecked on the endless reefs that surround the island nation. Bahamian wreckers also worked the Florida Keys reef and settled there even before Spain ceded Florida to the U.S. in 1819. A noted settlement on Great Stirrup was Williams Town that had a customs house during the time of Britain’s King William IV. Freed slaves were settled there by Bahamas Governor William Colebrooke in 1836 after British emancipation in 1834. Prior to that, British Navy Captain Allan Bertram was buried on the island, leaving his name on Bertram’s Cove. In 1863 the British Imperial Lighthouse Service built a light on Great Stirrup which still functions today, though now on solar power instead of whale oil and kerosene that was originally used with lighthouse keepers present.

One of my favorite Berry Island stories involves Whale Cay which was bought by Joanne ”Joe” Carstairs in 1934. Joe was a Standard Oil heiress who grew up in London and became a famous speed boat racer, besting many men of the day. She transformed Whale Cay into her own sanctuary with hundreds of Bahamian employees to tend her home and to play in her marching band which residents in Nassau would boat over to see. Ms. Carstairs had affairs with movie stars Marlene Dietrich and Greta Garbo and named a beach on Whale “Beach La Femme”.  Besides famous girlfriends, other celebrity guests included the Duke and Duchess of Windsor, the Duke having abdicated the throne to England before serving as Governor of The Bahamas during World War II.

East of Whale is Little Whale Cay which was owned by American entrepreneur Wallace Groves who created Freeport, Grand Bahama in the mid-1950s. He had a home, a private airstrip and a menagerie of wildlife on Little Whale including peacocks and other exotic birds, many of which survived him.

While the Berry Islands are a popular cruise ship destination, they’re also an ideal cruising spot for private vessels to enjoy the many islands, beaches and secret little coves. I’ll continue to enjoy them on our new boat!

For more information on The Bahamas, visit our site and check out A History of The Bahamas Through Maps and our other items! Call us at 239-963-3497 with any questions!
Read More
Categories: Book Blog
Back to Top