The History of Key West

I’ve been going to Key West to fish since I was kid, in my twenties to party and in later years to do engineering work along the waterfront including a fast ferry dock, a marina and work for the City at Key West Bight. More recently I’ve been going for research on our new Florida Keys history book, The Florida Keys: A History Through Maps. Somewhere along the line I must have visited all of  the museums and historical sites; there are forts, lighthouses, Hemingway’s house, a museum in the old Customs House and many other sites to see!

Key West is the most southern point in the continental United States, the end of the line for U.S. Highway 1 that begins in Maine and runs 2,390 miles to Key West, “Mile Marker 0”.

The island was originally named Cayo Hueso, Spanish for “Bone Cay”. From Key West’s founding around 1822 to the later 1800s, the island city boomed as ships routinely wrecked on the long reef of the Florida Keys. Shipwrecks were salvaged by “wreckers” who could make claims on the cargo after they rescued the victims. Salvaged goods were sold in Key West making it, for a time, the richest and largest city in the state of Florida. Bahamian immigrants came into Key West to enjoy the bounty wrecking provided, adding fishing, farming, turtling, sponging, boat-building, salt-making and other industries. The U.S. Navy also occupied the island building facilities to protect America’s southern flank.

As the 1800s progressed, a new chain of lighthouses and steam-powered ships improved navigation and eventually destroyed the Keys wrecking industry. This began a slow decline in the late 1800s, leaving little of the grandeur that had preceded it. During the Civil War the island remained in the Union, and vessels caught running the blockade into Confederate states were brought into the harbor where their cargos were sold at auction. This provided some relief, but after the war Key West continued to decline without shipwrecks to support the wreckers and the many industries that sustained them.

Life in Key West improved when wars in Cuba brought immigrants who built the island’s cigar industry in the late 1800s. Henry Flagler’s Over-Sea Railroad reached Key West in 1912 and would endure until the 1935 hurricane ended train traffic for good. Before the storm hit, a new road was being build and the Overseas Highway was finished in 1938. It essentially extended to Havana, Cuba, with daily car ferries, but that came to an end when relations were cut off after Fidel Castro plunged the island into communism in 1959. Before and after Fidel, famous writers and celebrities like Ernest Hemingway made Key West home, and so it became to a growing population more dependent on tourism.

In 1927 Pan Am started the first international scheduled flights in America, Key West to Cuba. A runway constructed during WWII was made public after the war and today serves to connect Key West to the world. It also makes life easy for me, one hour in my plane from Naples sure beats 6 hours in the car!

For  more history on Key West and the other Florida Keys, check out the new Florida Keys: A History Through Maps and be sure to check out historical and decorative maps on the website! If you have any questions please call 239-963-3497. 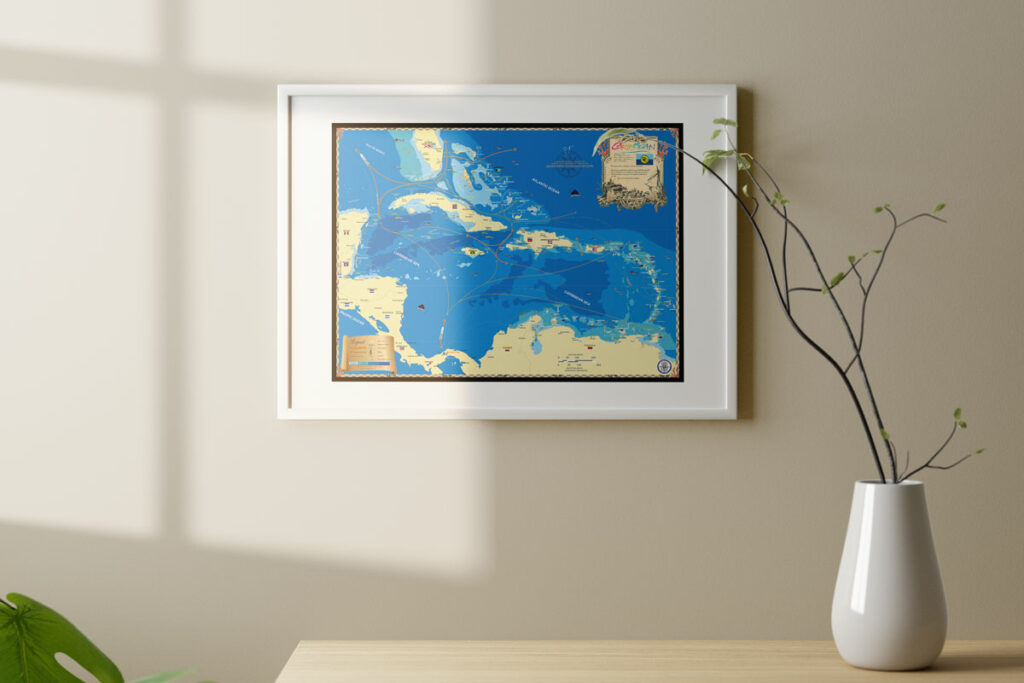