A Brief History of Great Inagua 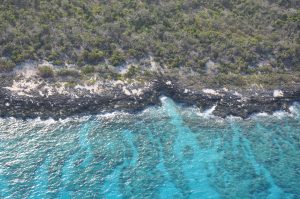 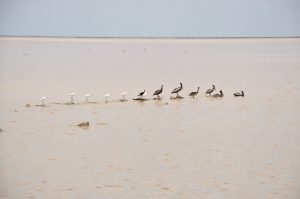 Wading Birds off of the shore. 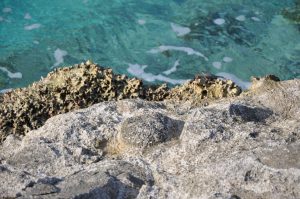 When I think about Great Inagua three things come to mind; flamingos, salt and a very long ride in my plane from Naples. After landing at the far end of the Bahamas on one trip I was lucky to have the Inagua National Park warden ask me if I had enough fuel to take him on a nesting survey of the Pink Flamingo colony. We flew at low altitude as he made notes on his map about the spectacular flock of some 80,000, which are managed by The Bahamas National Trust. They would at times obscure the horizon in flight as we approached and one thing’s for sure, flamingos don’t like airplanes! (hence the normal 2,000 foot flight restriction). It was amazing to see tens of thousands of brilliantly pink birds, some organized in rings around a central area devoid of all but a few “dancing” in some type of mating ritual. 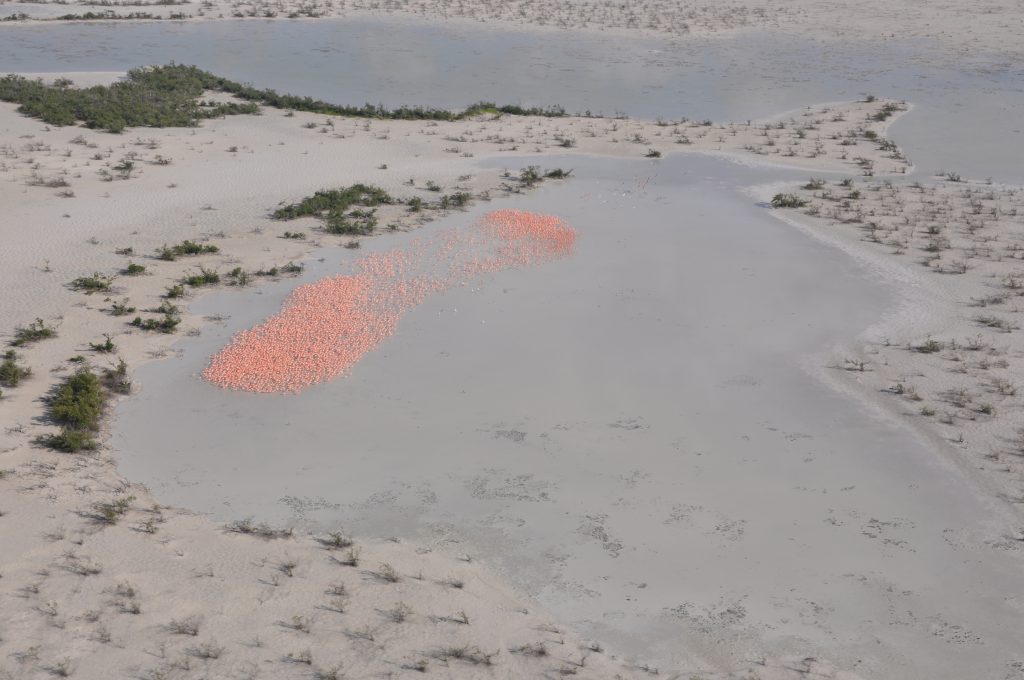 Great Inagua is the southernmost island in the Bahamas archipelago which stretches from there northwest to Walker’s Cay and Matanilla Shoal, almost 600 miles away. Inagua is actually closer to Cuba and Hispaniola (Haiti/Dominican Republic) than to the nearest Bahamian island, Acklins, over 80 miles to the north. Great Inagua is east of the Windward Passage and just fifty miles off the coast of Cuba, which puts it near the nexus of major shipping routes to the Americas and Caribbean. The island was once a major shipping center in the early 1900s where Bahamian seamen would join passing ships as crews were exchanged. In 1902 more than 220 ships, sail and steam, anchored off Inagua to exchange crews.

The island’s primary industry is the production of sea salt via solar evaporation. Large flat areas of land just above sea level in the interior of the island are prime for salt production. This led to the founding of the Henagua Salt Pond Company In 1848, the same year the Turks and Caicos (then a major salt producer) ceded from The Bahamas. In 1936 the Erickson brothers from New England revived the salt industry which endures today under the name of Morton Salt.

The island hosts the Southwest Point Lighthouse built near the main settlement of Matthew Town. The lighthouse was built by the British Imperial Lighthouse Service in 1870. The town is named after George Matthew, who was governor of The Bahamas from 1844–1848. Wrecks are common due to the island’s location adjacent to the Windward Passage, a shipping lane going back to the days of Spanish exploration. A number of shipwrecks reported here include the Spanish Santa Rosa in 1599 and the Infanta in 1788, the British HMS Statira and Lowestoffe in 1802 and the French ship Le Count De Paix lost in 1713.

If you’re looking for a remote place to have an island adventure amongst rich bird life and piles of salt on the horizon, Great Inagua may be the place for you. Few people, including most of the Bahamians I know, have ever seen the flamingos and the trip is worth it for that experience alone.

For more information on Bahamas history check out our website and our historical book The Bahamas A History Through Maps. If you have any question on our books, maps or just about the company please call 239-963-3497 and we’ll be happy to help!