A History of Nassau and New Providence Island 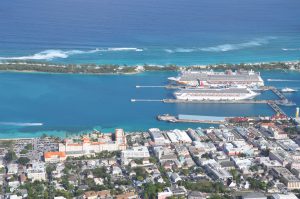 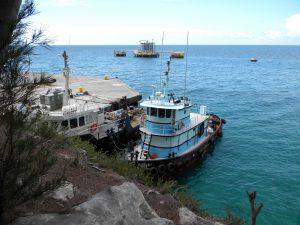 Ship along shore of a Nassau inlet 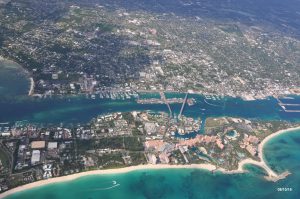 I’ve been going to Nassau for as long as I’ve been a pilot, well over 40 years. My log book would number Bahamas flights in the many hundreds, most involving a stop on New Providence Island where Nassau is located. Over the decades a few Bahamians there have become good friends, very intelligent people who work hard and smart. I’ve been lucky to work for Lyford Cay and the adjoining Old Fort Bay development which I helped design and engineer. I watched Atlantis being built, new cruise ship docks taking shape, Arawak Cay being reborn as a vibrant little port and more recent projects like Bahamar which I photographed regularly from my plane for those who built it. I met some real characters along the way including Sir Sean Connery who recently passed, we had a long dinner together I’ll never forget.

Captain William Sayle is credited with discovering New Providence after nearly being shipwrecked, taking shelter in the protected harbour. Sayle was leader of the Eleuthera Adventurers who settled The Bahamas in 1648. No doubt the island had already been used by Spanish ships since it offered one of the finest natural harbours in the New World. An original 1700s map I have showing “Principle Towns and Harbours belonging to the English, French and Spanish” has the “Harbour of Providence” alongside Boston, New York, Charleston, Havana, Cartagena and a few others. Settled as “New Providence” around 1666, the island soon became the center of government for The Bahamas. In 1670 Charles Town was founded and after the Spanish burned it in 1684 it was rebuilt and renamed Nassau, a title with connections to the King of England. A series of unpopular governors were appointed in London which led to pirates seizing control while the Spanish continued to attack. More than 1,000 pirates occupied Nassau in the early 1700s, a pirates’ den filled with pubs and brothels, burned-out trading vessels littered the harbour. Pirates like Charles Vane, Anne Bonny and Edward Teach (a.k.a. Blackbeard) were real and they used Nassau as their base, some actually became community leaders with regular meetings!

Woodes Rogers, a captain and former privateer, came from England with British war ships in 1718 to clean up Nassau. His motto was Expulsis Piratis–Restituta Commercia (Pirates Expelled–Commerce Restored). He threatened to hang any pirate who refused the King’s pardon he offered and most accepted, but some who didn’t were caught, convicted and hanged by Rogers and the Admiralty Court. After Rogers, the island struggled again under subsequent governors until the late 1700s when the British Loyalists arrived. They had remained loyal to King George during the American Revolution and when England lost the war, thousands came to The Bahamas with thei

r slaves where the Crown granted them large tracts of land, some on New Providence. Farming was more difficult than it had been in America and most eventually left but some turned to the sea, fishing and salvaging ships around the reef-strewn Bahamas. Later came sponging by Greek immigrants in the 1800s with an international sponge market in Nassau, but times were often tough with outbreaks of disease and famine.

A boom in prosperity came during the American Civil War in the 1860s when Confederates traded cotton for European guns and supplies on the docks of Nassau. Boats would run through the Union blockade to southern ports and revenue from the increased trade helped modernize the capital. After a subsequent period of decline a second boom appeared courtesy of Prohibition in America from 1920 to 1933. During Prohibition Nassau prospered like never before and Bahamian families made fortunes without ever breaking the law since liquor was legal in the English colony.

After WWII air service to The Bahamas improved and tourism starte

d to flourish. In 1957 the main airport opened, the port was enlarged to accept more and larger cruise ships and resorts with casinos flourished. Places like Paradise Island and Cable Beach became famous as the world increased travel to warm and welcoming places. Today Nassau continues to be the epicenter for government, commerce and transportation in The Bahamas. I go regularly to see my friends, drop off books and maps we produce in Naples and then carry on to the out islands where we keep our boat. Well, the out islands are now called the “family islands” and have been for a long time, I guess it’s just hard to teach an old dog new tricks.

To learn more about the Bahamas and other regions, check out books here along with our custom decorative maps! Give us a call at 239-963-3497 with any inquiries, we’ll be happy to help!