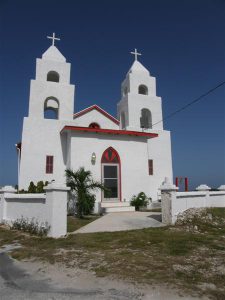 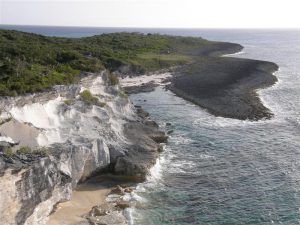 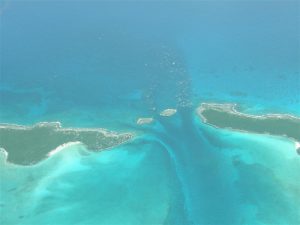 Long Island is one of the places in the Bahamas where I love to drive from one end of the island to the other. It’s truly “Long” and a round trip from the north Cape to the remote roads south of Clarence Town can take better part of a day once you stop for cold drinks and a meal. One way is roughly 70 miles. We kept our boat near the north end for years enjoying Cape Santa Maria which is a beautiful spot with offshore access to Conception National Park, another incredible place. We switched to the south end in more recent years once Flying Fish marina in Clarencetown was improved. This was the last marina going south in the Bahamas and we used it as a jumping off point for Crooked Island and all the way out to Mayaguana.

Long Island was the third place Columbus landed in 1492 and he named it Fernandina after Spain’s King Ferdinand. Cape Santa Maria on the northern tip was named after his flagship the Santa Maria. The Island was populated by Lucayan Indians when the Spanish arrived but they were gone by the early 1500s, enslaved and taken away by the Spaniards. Archaeological evidence on the island includes pottery and rare ceremonial seats called “duhos” that may have been reserved for tribal leaders.

The first permanent settlers after the Lucayans were British Loyalists, their descendants and former slaves make up much of the population today. Since they remained loyal to King George during the American Revolutionary War, Loyalists were deemed traitors in America and the British Crown granted large tracts of land on Long Island to some. They arrived  from New England and the Carolinas in the late 1700s with their possessions and African slaves intending to rebuild the plantations they had in America. The Bahamas soil proved unsuitable for crops of cotton and other things that had made them wealthy, so many gave up after a generation leaving towns behind like Grays, Glintons, Burnt Ground, Simms, Seymour’s, Deadman’s Cay, Hard Bargain, Mangrove Bush, Salt Pond and Clarence Town.

Today Long Island is a wonderful place to visit and vacation. Second homes are becoming more common and people are slowly finding out how friendly and welcoming people on the island can be. There’s a good airport at Stella Maris with an old resort built by German owners in the 1960s. Traveling south you can visit various settlements including Salt Pond where the island’s commercial fishing industry is centered and Buckley’s which features the Long Island Museum. Dean’s Blue Hole is on the Atlantic coast and is now famous for world-record free diving. Clarence Town is known for its two beautiful old churches set upon the hill and not far away are vast areas of salt flats. Solar evaporation was used produce salt, a mainstay of the economy in the 1800s to early 1900s. The salt pans no longer produce but are now home to pink flamingos that can be seen and photographed.

Long Island is full of interesting history, it’s also a favorite spot to explore, relax and enjoy the simple atmosphere of a lovely island.

To learn more about the Bahamas and its history checkout The Bahamas: A History Through Maps. Be sure to also checkout out our custom, decorative map featured on our site. Please call with any questions or to discuss a custom order at 239-963-3497.