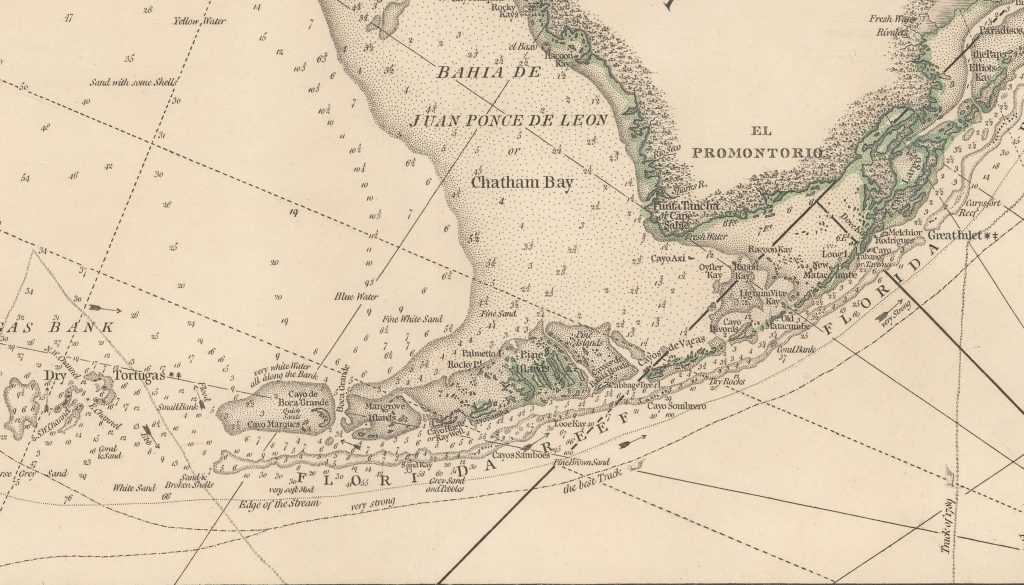 The Florida Keys: A History Through Maps tells the story of the Key’s past using different exhibits to enhance your reading. Maps are used extensively in almost every chapter and you’ll find informative displays on ship wrecks, the railroad, reefs and maps on specific areas of the Keys. Maybe the best collection of antique maps ever published on the Keys makes up Chapter 3. My co-author Brian Schmitt’s collection is world class and most of the specimens shown are his, many never printed before.

The Spanish were the first to start mapping the New World after Columbus landed on San Salvador in 1492, but they were very secretive about them. The “Pardon Real” was Spain’s secret map of the world updated with the findings of Columbus and other famous explorers. This map was closely guarded in the Court of King Ferdinand and Queen Isabella. The Spanish 1511 map shown below was the first printed map devoted to the New World, it depicts the Florida Keys as a chain of islands running between Florida and Cuba, an early error of course. Accurate mapping of the Florida peninsula and Keys wasn’t accomplished until centuries later since the area lacked the gold, silver and slaves Spain and other nations sought to possess. These riches were found on the larger islands of the Caribbean, including Cuba and Hispaniola, along with South and Central America. These areas were mapped accurately centuries before Florida was. 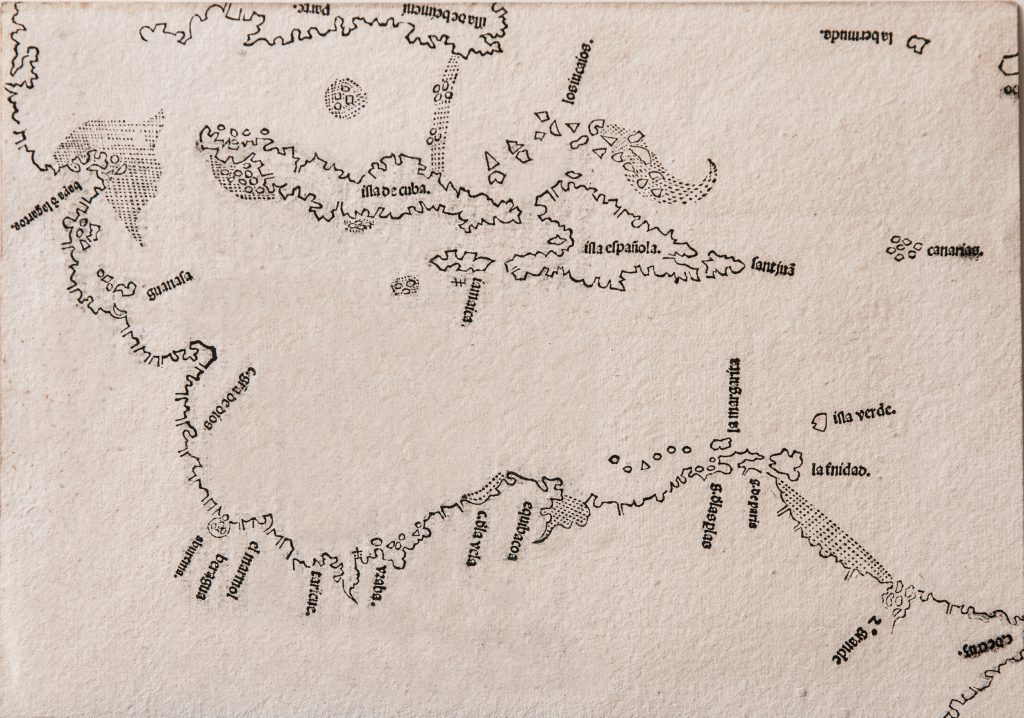 It’s interesting to see the progression of Florida and the crazy shapes it took on until England took possession from Spain in 1763. Only then did accurate maps of the Keys start to take shape and it’s amazing the degree of accuracy that cartographers were able to achieve. Spain re-acquired Florida just 20 years later, but during the period of English possession from 1763 to 1783 more scientific mapping was done than during the prior 250 years of Spanish rule. The United States of America finally purchased Florida from Spain in 1819.

Enjoy the especially beautiful maps in Chapter 3, there are brief paragraphs on each which describe them and how they evolved over time. Check out the book here along with our custom maps! For more information or to place a custom order call 239-963-3497.