The Florida Keys are defined by one of the world’s great currents, the mighty Gulfstream. It carries warm water from the Gulf of Mexico east along the Keys reef and north along Florida and the eastern seaboard into the north Atlantic, influencing weather as far away as western Europe. 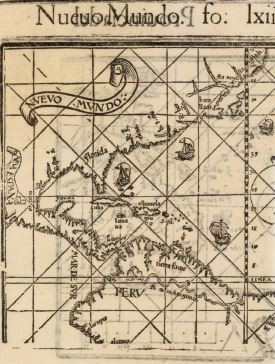 Spanish explorers learned early about the advantage of riding the Gulfstream north off the coast of America on their way back to Europe. They would take a more southerly course using the trade winds to bring them back to the New World, specifically avoiding the Gulfstream. A 1545 Spanish map by Pedro Medina shows a line of ships in a circle rotating clockwise around the Atlantic with the Gulfstream taking them northeast and the trade winds bringing them back west. It was the only way to travel in the days of sailboats and ships of many nations littering the abyss below the Gulfstream, thousands of feet deep. 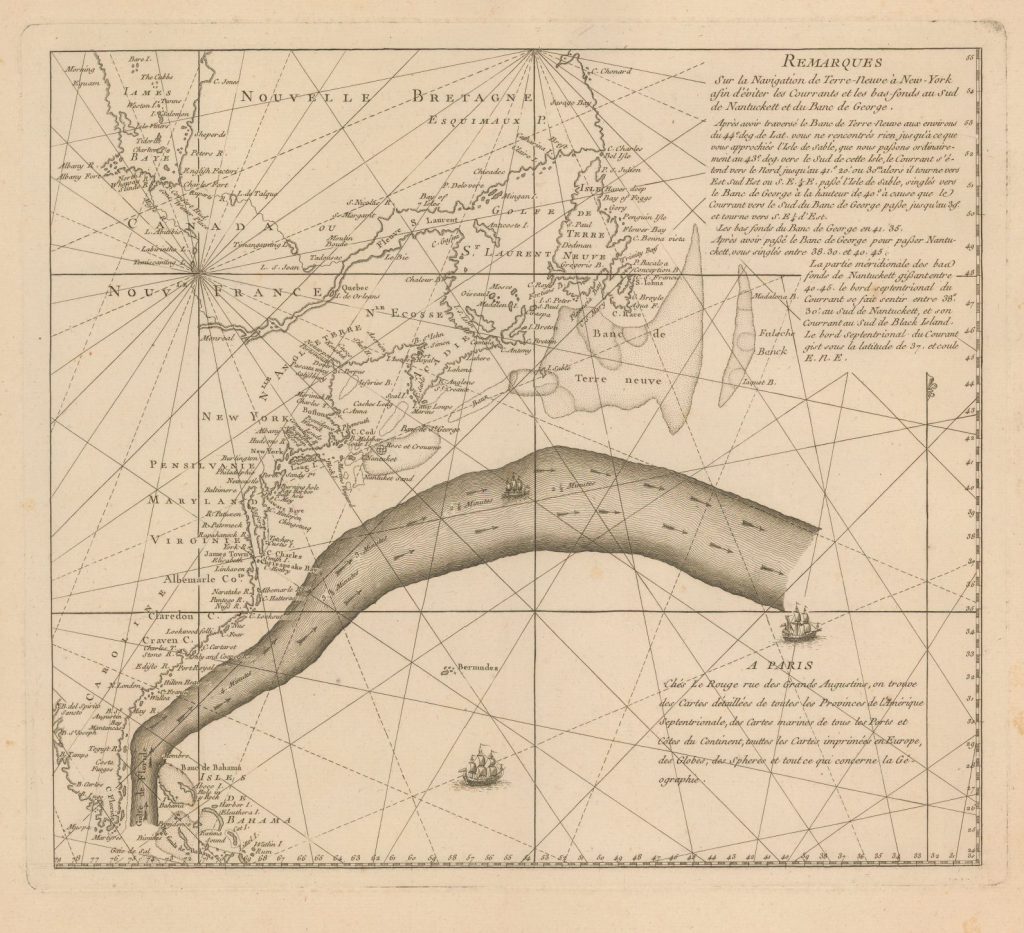 Efforts to scientifically map the Gulfstream were enhanced by a famous American, Benjamin Franklin. He and his cousin Timothy Folger studied the stream and published perhaps the most accurate map of it to date in 1778. The problem with the date was that America was at war with England. Franklin didn’t want the map to fall into enemy hands so it was printed only in French, allies with Franklin’s fellow patriots in the Revolutionary War. If there were any copies printed in English, they’ve never been found.

To learn more about the history surrounding Florida and the keys, check out our latest book The Florida Keys: A History Through Maps.