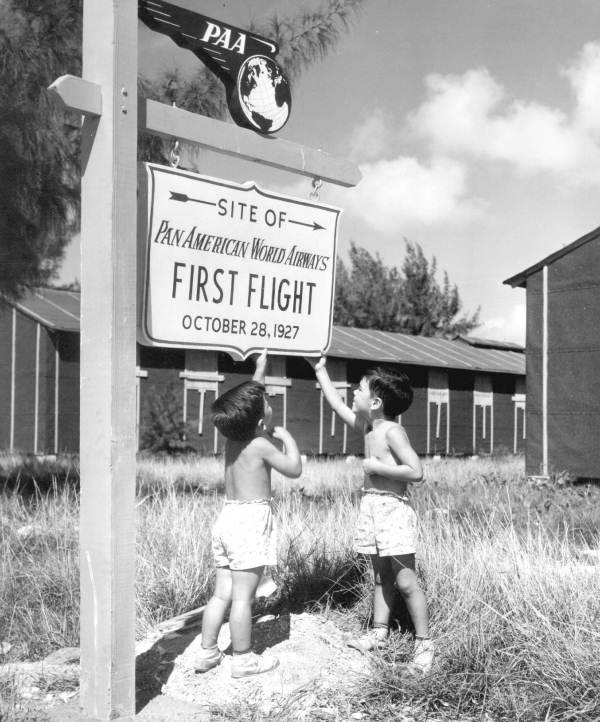 Every since I was a kid I can remember going to Key West and seeing forts, lighthouses, old sailboats and turtle crawls. I especially liked sea turtles and found it interesting to see where they lived, apparently unaware of everything the world had in store for them. The U.S. acquired Florida from Spain in 1819 and by the early 1820s established the first permanent settlement of Key West. The U.S. Navy set up a base with it's Anti-Piracy Squadron since pirates had been preying on vessels legitimately salvaging shipwrecks "wrecking" along the Keys reef. The Navy stopped the pirates and wrecking became a way of life in Key West, making it the wealthiest town in Florida by the mid 1800s. Key West's Fort Zachary Taylor remained in Union hands during the Civil War (1860s) even though Florida was a Confederate state. In 1898 the harbor hosted warships headed to Cuba for the Spanish American War, helping deliver Cuban independence from Spain. The town's prosperity waned as lighthouses and steamships diminished the wrecking trade in the late 1800s. By the early 1900s the town was restless since the once vibrant cigar industry had all but moved to Tampa due to labor unions in Key West. Events in Cuba continued to have an effect in later years with daily ferry runs to Havana until Fidel Castro came to power around 1960. Communist rule only 90 miles away formented the Bay of Pigs invasion, the Cuban Missile Crisis which militarized the town and the Mariel Boat Lift which brought tens of thousands of Cuban refugees into Key West. Henry Flagler's Oversea Railroad would establish Key West as America's southern most port in 1912. The tracks never created the expected boom though it did provide a critical link to the mainland establishing the tourism industry. The railroad built the Casa Marina Hotel in 1921 and paved the way for the Overseas Highway that opened in 1938 (the railroad was destroyed in a 1935 hurricane). Notable guests moved to town like authors Ernest Hemingway, Truman Capote and Tennessee Williams. President Harry Truman had his Winter White House in Key West after WWII and the Navy has maintained a presence to this day with a significant air base in nearby Boca Chica. In later years Jimmy Buffet's Margaritaville theme continues to make Key West a popular tourist destination with great fishing, diving, parties, seafood and yes - historical sites! To learn about the history of the Florida Keys check out our latest book The Florida Keys: A History Through Maps. To view our decorative maps visit our site or call today to place a custom order, (239)963-3497.
Read More
Categories: Book Blog
The Keys were not officially settled until the U.S. bought Florida from Spain in 1819. During that time there were no doubt fish camps and wrecking stations, but the Spanish never established a permanent settlement. Many if not most the early settlers were from the Bahamas. Bahamians had been salvaging shipwrecks, known as wrecking, in the Keys for years and knew how to fish and farm the rocky land, much like their home islands. Another driving force for them was destitution. After the Revolutionary War, British Loyalists from the American colonies accepted land grants in the Bahamas in return for their loyalty to the crown. They'd left America in hopes of recreating the plantations they had in places like Virginia and Carolina, but after a generation it was clear the plan had failed. They'd fought on the losing side of the war and now were left with worthless land in the Bahamas. They emigrated in mass to the Keys where they fished, farmed and wrecked just like they'd done at home in the Bahamas but in better proximity to world markets. There were notable settlers including Captain Temple Pent, a Bahamian who became a U.S Navy navigation pilot and ultimately an Upper Keys Representative in the Florida Territory. American fishermen and wreckers from New England started to fish the Keys after the War of 1812 and several settlements came and went on Key Vaca and other islands outside of Key West. After Indians killed a number of settlers on Indian Key in 1840, including Dr. Henry Perrine, most Keys residents scattered along the chain and fled to Key West. 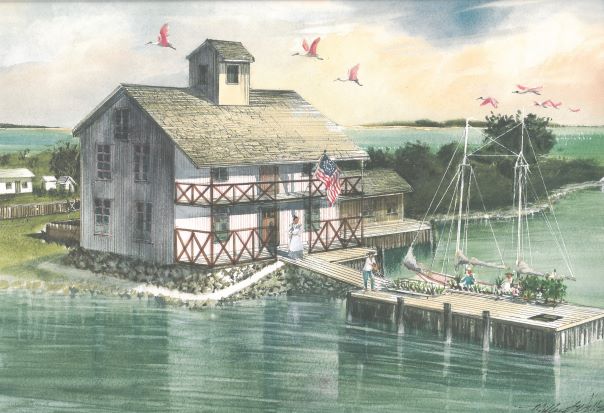 Key West had by far the most settlers. John Simonton bought the island from a Spanish land grant just before the Navy arrived in 1822 to set up a base. He became partners with John Whitehead, John Fleming and Pardon Greene who all played a role in founding Key West - they left their names on the streets you see today. Wrecking created wealth in Key West and the early settlement grew around that industry and the stores and shipbuilding that were needed to run it. The town's success attracted professionals like accountants, doctors, engineers and lawyers. As Key West grew, other settlements sprouted up along the Keys chain after the Indian threat of the 1840s settled down, but it wasn't until the railroad came that Marathon and other large communities came to life.     To learn more about the history of the Florida Keys check out our latest history book, The Florida Keys: A History Through Maps. Island Map Publishing also offers decorative maps perfect for gifts or home decor! Don't see what you're looking for? Call today to discuss a custom order, 239-963-3497.
Read More
Categories: Book Blog 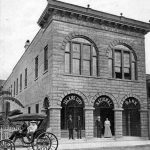 The Jefferson Hotel on Duval Street 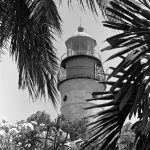 One of the many lighthouse on Key West.

I’ve been going to Key West to fish since I was kid, in my twenties to party and in later years to do engineering work along the waterfront including a fast ferry dock, a marina and work for the City at Key West Bight. More recently I’ve been going for research on our new Florida Keys history book, The Florida Keys: A History Through Maps. Somewhere along the line I must have visited all of  the museums and historical sites; there are forts, lighthouses, Hemingway’s house, a museum in the old Customs House and many other sites to see! Key West is the most southern point in the continental United States, the end of the line for U.S. Highway 1 that begins in Maine and runs 2,390 miles to Key West, “Mile Marker 0”. The island was originally named Cayo Hueso, Spanish for “Bone Cay”. From Key West’s founding around 1822 to the later 1800s, the island city boomed as ships routinely wrecked on the long reef of the Florida Keys. Shipwrecks were salvaged by “wreckers” who could make claims on the cargo after they rescued the victims. Salvaged goods were sold in Key West making it, for a time, the richest and largest city in the state of Florida. Bahamian immigrants came into Key West to enjoy the bounty wrecking provided, adding fishing, farming, turtling, sponging, boat-building, salt-making and other industries. The U.S. Navy also occupied the island building facilities to protect America’s southern flank. As the 1800s progressed, a new chain of lighthouses and steam-powered ships improved navigation and eventually destroyed the Keys wrecking industry. This began a slow decline in the late 1800s, leaving little of the grandeur that had preceded it. During the Civil War the island remained in the Union, and vessels caught running the blockade into Confederate states were brought into the harbor where their cargos were sold at auction. This provided some relief, but after the war Key West continued to decline without shipwrecks to support the wreckers and the many industries that sustained them. Life in Key West improved when wars in Cuba brought immigrants who built the island’s cigar industry in the late 1800s. Henry Flagler’s Over-Sea Railroad reached Key West in 1912 and would endure until the 1935 hurricane ended train traffic for good. Before the storm hit, a new road was being build and the Overseas Highway was finished in 1938. It essentially extended to Havana, Cuba, with daily car ferries, but that came to an end when relations were cut off after Fidel Castro plunged the island into communism in 1959. Before and after Fidel, famous writers and celebrities like Ernest Hemingway made Key West home, and so it became to a growing population more dependent on tourism. In 1927 Pan Am started the first international scheduled flights in America, Key West to Cuba. A runway constructed during WWII was made public after the war and today serves to connect Key West to the world. It also makes life easy for me, one hour in my plane from Naples sure beats 6 hours in the car! For  more history on Key West and the other Florida Keys, check out the new Florida Keys: A History Through Maps and be sure to check out historical and decorative maps on the website! If you have any questions please call 239-963-3497.
Read More
Categories: Book Blog
Back to Top