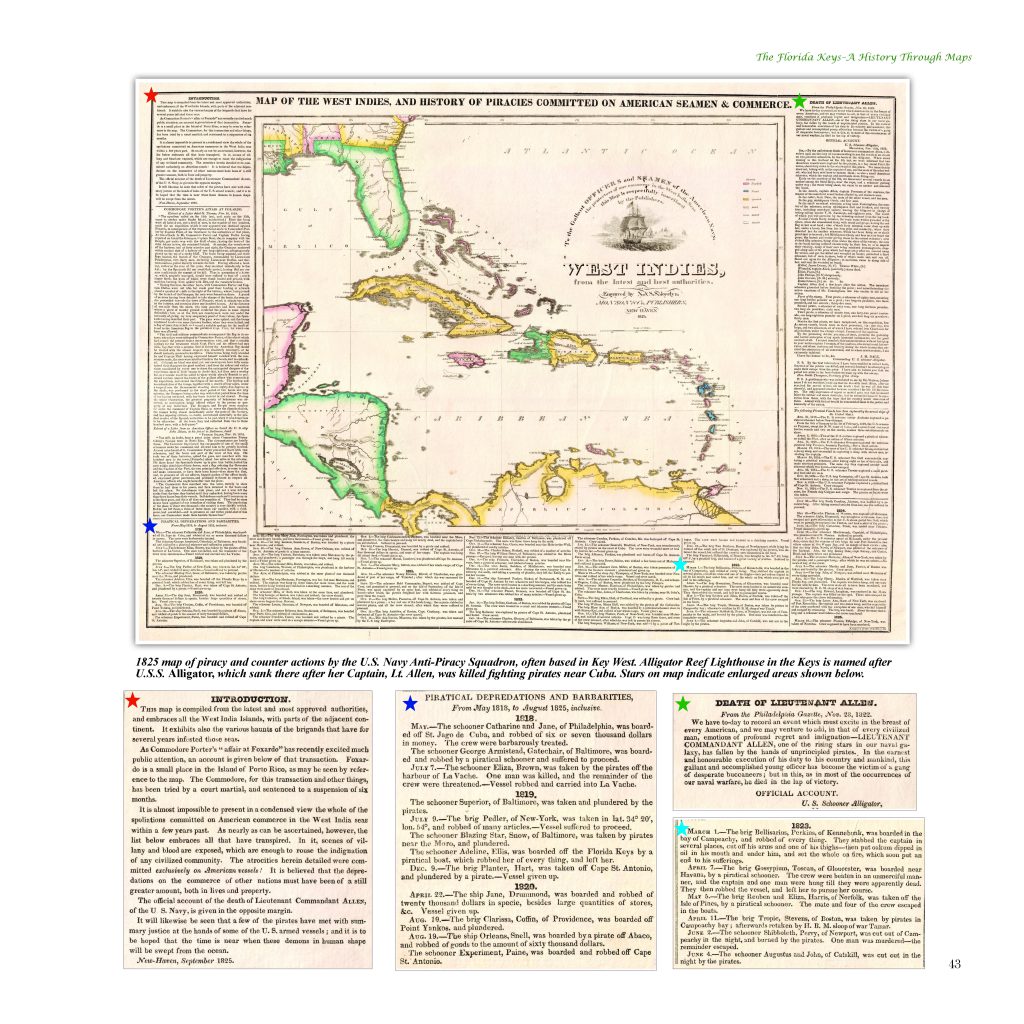 Unlike the old pirate nest in Nassau, Bahamas, the Florida Keys didn't have permanent settlements that could support pirates in the 1600s and 1700s. What the Keys did have was plenty of shallow, tricky harbors which pirate ships could use to attack merchant ships offshore in the Gulfstream and flee any warship in pursuit. There are plenty of tales about pirates using the Keys as refuge. The U.S. acquired Florida from Spain in 1819 during a period of lawlessness on the Keys reef where law abiding "wreckers" would be attacked by pirates who would steal the salvaged cargos, often violent interactions. In 1822, America's West Anti-Indian Piracy Squadron sailed into Key West to stop the practice and hunt down pirates wherever they went. They were successful and again, often accompanied by violence. There are many romantic tales about pirates and heroes like Johnny Depp's character Jack Sparrow, but these paint an unrealistic view of what pirates really were. This 1825 map provides historical accounts of "Piracies Committed On American Seamen & Commerce." The following is excerpt from an 1823 attack on the brig Bellisarius: "They stabbed the captain in several places, cut off his arms and one of his thighs---then put oakum dipped in oil in his mouth and under him, and set the whole on fire, which soon put an end to his sufferings". I'm sure there were whimsical pirates like Jack Sparrow but most were bad guys and when caught, they were typically hanged. If you're interested in learning more about the history of the Florida Keys, check out our latest book The Florida Keys: A History Through Maps. Island Map Publishing offers decorative maps of the U.S. coastal zones, The Bahamas, Caribbean, and many more areas. If you don't find what you're looking for give us a call (239-963-3497) and we will be happy to start a custom order!
Read More
Categories: Book Blog
Back to Top