The Evolution of the Florida Keys 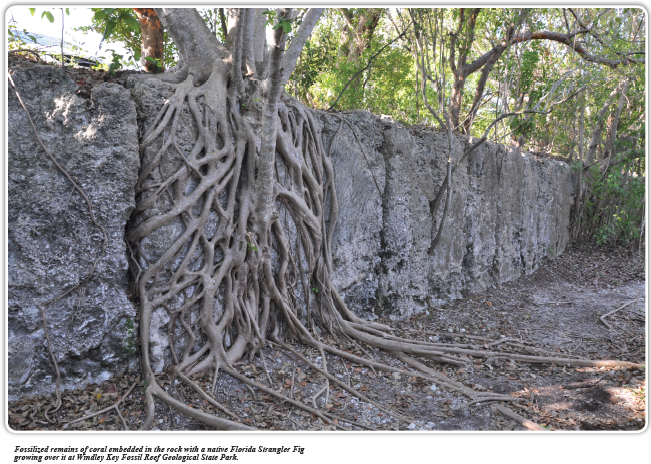 I occasionally give history talks and often start with how Florida was formed underwater in shallow seas, emerging as dry land when sea level fell. People’s eyes start to glaze over so I quickly add, “Did you know elephants once roamed Florida?” Well they did, mastodons were elephant like creatures that probably walked as far south as the Florida Keys some 10,000 years ago. The air was much colder and sea level at the time was well over 100 feet lower than today, so the Keys would have been attached by land to mainland Florida. As sea level rose, the Keys archipelago appeared as land around the higher individual islands flooded. The mastodons were long gone but animals like deer became trapped on islands with dwindling habitat and food sources, hence Key deer, America’s smallest deer species.

You often hear how man created sea level rise, not true. We may well have increased the rate of rise, but sea level has been going up for over 20,000 years. The rise and fall of sea level has historically immersed the Florida Keys underwater and then been so low that the shoreline along the Gulfstream might have looked like Ireland, with cliffs hundreds of feet high beside the sea when sea level was hundreds of feet lower. These cliffs would have been where today’s reef line is adjacent to deep water.

The land you walk on today in the Keys was formed underwater in different ways. In the upper Keys the land is often fossilized coral reef. In the lower Keys it wasn’t coral but another type of sea bottom that became rock. The lower Keys rock is less porous than the upper Keys, so water is able to collect and you get the trees you see on Big Pine Key. Those pine trees would not survive in the upper Keys due to lack of fresh water.

Hopefully I’ve tricked you into learning something about geology and the evolution of the Keys. Next time you see a shell in the side of a rock on dry land you’ll know how it got there, when the rock was part of an ancient sea bottom still soft enough for the shell, later hardening into the rock you see in front of you.

To learn more about the Florida Keys and its history check out our latest book The Florida Keys: A History Through Maps. Also check out our dozens of customizable, decorative maps of Florida, the Caribbean and other coastal areas! For questions please call 239-963-3497 and we’ll be happy to assist.